Amongst the AETA Indigenous People of Balanga

In January 2022 Fr Edgar left his role at the seminary in Quezon City and transferred here in Brgy. Duale, Limay, Bataan to join Fr. Randy who has been in Bataan since November 02, 2021.

Duale Mission or Balanga Pastoral Project as it is known amongst us Comboni Missionaries here in Asia, is located in Central Luzon, some 135 kms or 3 and a half hours NorthWest of the City of Manila.

Duale Mission is the first pastoral commitment that the Comboni Missionaries are ministering to on this part of the country specifically here in the Diocese of Balanga, Province of Bataan.

Since January 01, 2022, on the Solemnity of Mary Mother of God, the diocese created and decreed the establishment of the Quasi Parish of San Martin de Porres consisting of Brgy. Duale and other ‘sitios’or villages such as Peas, Bliss, Mamala, Upper Tundol, Kinaragan & Aryada. The last two ‘sitios’ are homes for the ‘Katutubo’ or Aeta indigenous people of ‘Magbukun’ tribe. 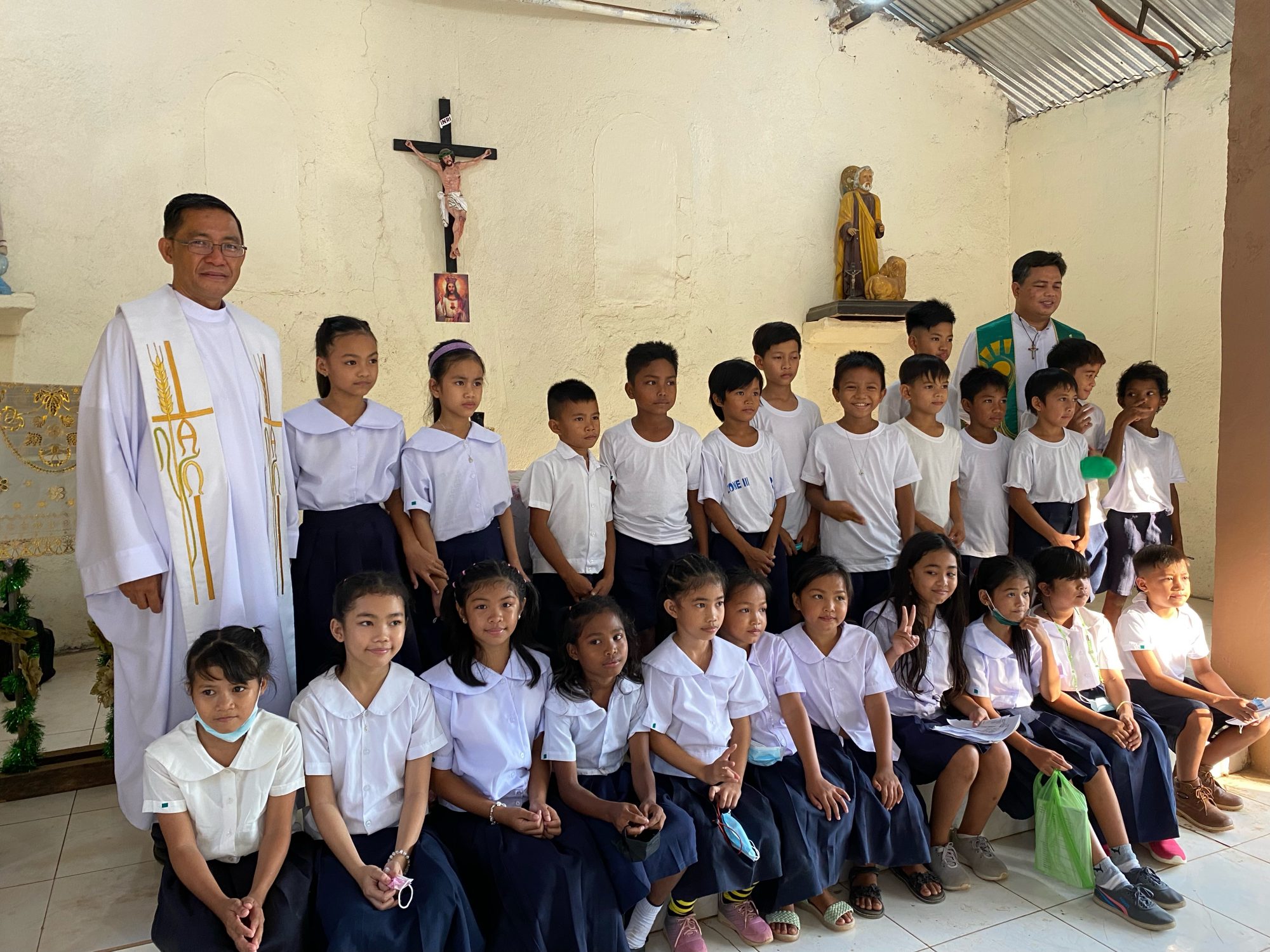 Apart from Upper Tundol and Mamala, (which at the moment gather at a ‘house church’ as their existing chapels were either taken back by the lot owners due to some problems or abandoned due to pandemic), most of the chapels used by the communities are on the Duale Road such as San Isidro Labrador chapel located at Lower Duale, San Martin De Porres in Upper Duale – the first chapel constructed amongst the others, St. Mark in Sitio Kinaragan, Sta Clara in Sitio Peas and the Chapel of Immaculada Concepcion in Sitio Bliss.

In Kinaragan, St. Mark the Evangelist has been in existence long time ago and been flocked by the local congregation of both the Katutubos and the Unat or the non-natives. It’s visible that the Katutubos have intermarriages with the ‘unats’ as the new generation of the ‘Katutubos’ are mixed in colours, heights and physical features now.

We’ve just commenced our ministries here and preparation of the children for the reception of the sacraments are on the way. By the end of the month, the first baptism of a baby will take place at San Martin de Porres Quasi Church and the celebration of children’s first communion will be celebrated in their own respective community chapels in March. [See picture]

Accompany us with your prayers and support as we ‘put our nets into the deep’ on this part of the Lord’s vineyard.

May St. Daniel Comboni intercede for all of us.